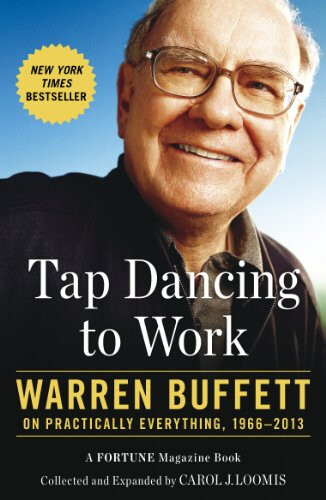 I always look forward to reading Warren Buffet's Annual Letters. I've read and re-read each one of his letters going back to 1977. I've summarized what I have learned over the years from him and from the Amazon Annual letters from Jeff Bezos in a separate post.

This year's letter is very applicable as GiveSignup | RunSignup prepares for our next milestone of helping our customers raise over $1 Billion per year. Specifically around a couple of topics.

Buffett spends quite a bit of time talking about the history of some of their investments in people and companies. The thing that strikes me is how each of these businesses started small and grew over a long period of time - the old "compound interest" theory. But it is much more than that.  These businesses could be successful because they thought in terms of long term success - not meeting the next quarter. They picked markets where they could "build a moat" over a period of time and earn a good return on the capital investment.  Here are a couple of the stories:

"In 1936, Leo Goodwin, along with his wife, Lillian, became convinced that auto insurance could be sold directly at a much lower price. Armed with $100,000, the pair took on giant insurers possessing 1,000 times or more their capital. It instantly became my first love (of an investment sort). You know the rest of the story: Berkshire eventually became the 100% owner of GEICO, which at 84 years of age is constantly fine-tuning – but not changing – the vision of Leo and Lillian. There has been, however, a change in the company’s size. In 1937, its first full year of operation, GEICO did $238,288 of business. Last year the figure was $35 billion."

"A full century ago, Mary See set out to deliver an age-old product that she had reinvented with special recipes. Added to her business plan were quaint stores staffed by friendly salespeople. Her first small outlet in Los Angeles eventually led to several hundred shops, spread throughout the West. Today, Mrs. See’s creations continue to delight customers while providing life-long employment for thousands of women and men. Berkshire’s job is simply not to meddle with the company’s success. When a business manufactures and distributes a non-essential consumer product, the customer is the boss. And, after 100 years, the customer’s message to Berkshire remains clear: “Don’t mess with my candy.”

"Nebraska Furniture Mart (“NFM”). The company’s founder, Rose Blumkin (“Mrs. B”), arrived in Seattle in 1915 as a Russian emigrant, unable to read or speak English. She settled in Omaha several years later and by 1936 had saved $2,500 with which to start a furniture store. Competitors and suppliers ignored her. In1946  Louie Blumkin, Mrs. B’s only son, had rejoined the store after four years in the U.S. Army. Driven by their dream, mother and son worked days, nights and weekends. The result was a retailing miracle. By 1983, the pair had created a business worth $60 million. That year, on my birthday, Berkshire purchased 80% of NFM, again without an audit. I counted on Blumkin family members to run the business; the third and fourth generation do so today. Mrs. B, it should be noted, worked daily until she was 103 – a ridiculously premature retirement age as judged by Charlie and me."

GiveSignup | RunSignup is a technology business.  The key investments are in building great technology and ensuring efficient, quality customer support and operations. So we have very high gross margins because the cost to operate a SaaS infrastructure are relatively low if there is enough transaction volume, like the level we have reached and aspire to. Our continuing investment in the business builds a moat of technology and customer satisfaction and word of mouth marketing and sales efficiency.

From Buffett's annual letter this year:
"All that’s required is the passage of time, an inner calm, ample diversification and a minimization of transactions and fees. The best results occur at companies that require minimal assets to conduct high-margin businesses – and offer goods or services that will expand their sales volume with only minor needs for additional capital."


Our Search for the Right Business Partners

We have taken a small Series A round of financing to enable our mission of helping our customers raise over $1 Billion per year. We are lucky to have found great investment partners - Payroc, Sacha and Randy. Payroc is a payment processing company, and we have perfectly aligned goals. They would love nothing better than to see us increase our yearly volume of transactions on their platform.  Sacha and Randy are individuals that we have known for quite a while and who believe in our business and mission. They bring their expertise and experience as advisors to the company to help us achieve our mission.

As we prepare for a Series B round of funding by scaling our operations, we begin a search for an investment partner who sees the long term value of what we are building. Buffett writes about this in terms of comparing Berkshire Hathaway to a conglomerate - something we want to avoid:
"Over time, conglomerates have generally limited themselves to buying businesses in their entirety. That strategy, however, came with two major problems. One was unsolvable: Most of the truly great businesses had no interest in having anyone take them over. Consequently, deal-hungry conglomerateurs had to focus on so-so companies that lacked important and durable competitive strengths. That was not a great pond in which to fish. Beyond that, as conglomerateurs dipped into this universe of mediocre businesses, they often found themselves required to pay staggering “control” premiums to snare their quarry. Aspiring conglomerateurs knew the answer to this “overpayment” problem: They simply needed to manufacture a vastly overvalued stock of their own that could be used as a “currency” for pricey acquisitions. (“I’ll pay you $10,000 for your dog by giving you two of my $5,000 cats.”)"

The team at GiveSignup | RunSignup believes in our future and want similarly minded co-investors.